How often have you experienced change driven by ‘revolution’ rather than ‘evolution’? in times where the business environment feels more turbulent than ever, it’s not uncommon to see executives embark on frequent reorganisations in response to the world changing around them, or as we often experience in large organisations, an enforced change of leadership when things aren’t going to plan.  Why does this happen so frequently?

I guess in practice delivering change is complex but my personal experience in the corporate world has led me to see that firstly, being clear about a vision for the future, a strategy for how to get there (accepting it may need to change over time) and communicating this to people is actually quite difficult; even worse in a business culture that demands instant results – it takes time.  Secondly, where doing nothing isn’t an option, responding to the need for rapid change through ‘moving the deck chairs’ is a quick way of creating the illusion of progress; however, in practice often drives inefficiency, uncertainty and disengagement from the purpose and values of any organisation.

These behaviours aren’t only demonstrated in the private sector, some would say even more so when you observe the public sector in recent years.  Increasing financial pressures on public services have accelerated the need for change and finding new ways to create efficiencies and transform services becomes ever more complicated.  If we consider the NHS as a case in point, a huge organisation with approximately 1.4 million employees in the UK and since the general election of 2010 we have seen the Lansley reforms that replaced Primary Care Trusts (PCT) with Clinical Commissioning Groups (CCG), the formation of Commissioning Support Units (CSU), the restructure of the Trust Development Agency (TDA) and Monitor into NHS Improvement (NHSI), the establishment of regional Sustainability & Transformation (STPs) footprints and more recently Accountable Care Organisations and the early signs of CCGs reforming back into larger commissioning bodies.  Amidst all these structural changes we have still seen performance dip on key government metrics and an increasingly dissatisfied workforce.  There are similar stories across local authorities and other central government departments.

I’m the first to set expectations with the organisations I work with – there are no ‘silver bullets’ and real transformational change can take years to achieve; this is because to be successful it takes much more than detailed plans, business cases and investment.  How do you move away from ‘Revolution’ and successfully transform through ‘Evolution’? – from my perspective it’s largely about leadership and culture.  It’s fairly obvious that a clear future vision is needed that describes the destination or ‘end state’ but are the leadership fully committed?  How does the leadership operate? – command and control rarely sustains and a culture of empowerment through distributed leadership is much more productive.  And for the people in the organisation – well there are some hard truths:

People usually focus on what they are giving up rather than what they may gain.

Individuals and teams develop and change at different rates – be prepared for plans to change.

It takes a relentless focus on working with people to change cultures – lose focus and people will revert back to old behaviours.

We don’t have all the answers; however, at Caja we focus on helping organisations describe their future vision and align plans and resources, build sustainable leadership and workforce capability alongside delivering tangible results through People, Process and Technology enablement. 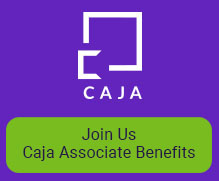